(Actually, to be honest, this was done on February 4.)

Genesis 35 forms the formal conclusion to the Jacob Story that began in Genesis 25.  Genesis 35 is a travelogue of Jacob and his camp from Shechem to Hebron, a severance of the marked by four burials—three actual (of those who died), and one symbolic. 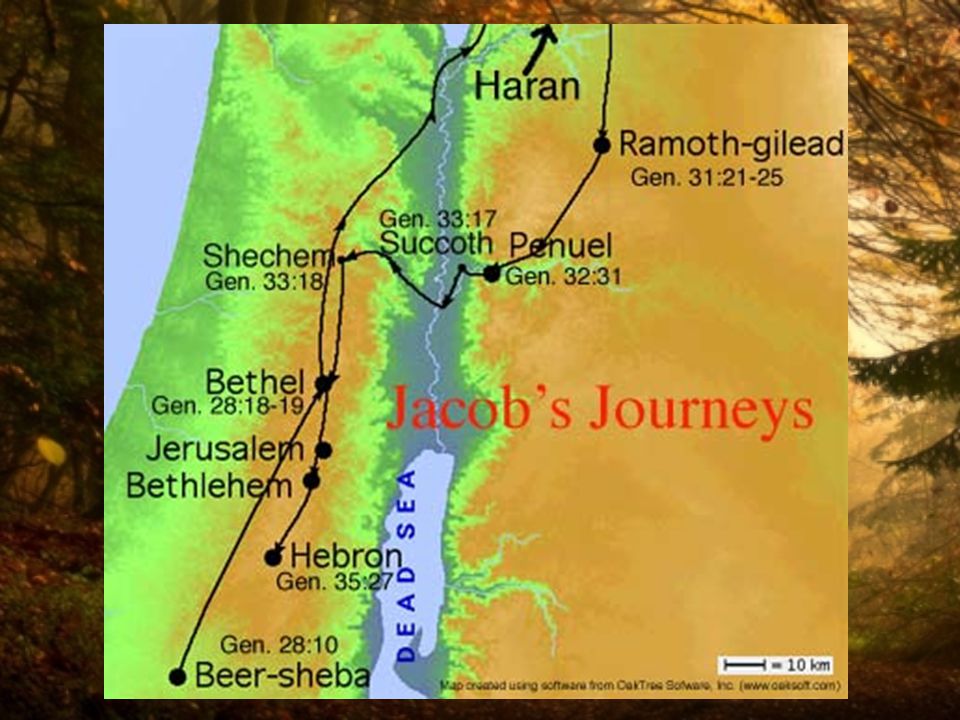 One of the key elements of this chapter is the reappearance of God to Jacob and the reiteration of divine blessing upon him (35:1, 9–11). Yahweh had certainly been God to Jacob as he had promised in Gen 28:13–15; the problem here was that Jacob was not making Yahweh his God as he had promised he would (28:20–22). This was an important act that needed to be done, a keeping of Jacob’s prior promise to God. Jacob realizes, perhaps guiltily, that God had kept his part of the bargain, but he, Jacob, had not; it was his turn now.

Job 2 is the second test of Job.  Satan had not been successful in getting Job to turn against God.  But now he says to God…

“Skin for skin!  All that a man has he will give for his life. 5 But stretch out your hand and touch his bone and his flesh, and he will curse you to your face.”

So God gave permission to Satan to afflict Job’s flesh, to take away his health, but not his life.

Steven Lawson writes: “More than one person has withstood tragedy only to fall apart under the onslaught of pain.”  Is that what would happen with Job???

Still, Job did not curse God, but worshipped him (v. 10).  Satan was wrong again; God was right.

These two tests reveal much about Satan. He is accountable to God. God knows Satan’s thoughts. Satan is an accuser of the righteous. He knows what is going on in the world and in the lives of individuals, though there is no evidence in Scripture that he can read people’s minds. He has great power over individuals and nature, but his power is subject to the sovereign authority of God. He is not omnipresent, nor omniscient, nor omnipotent. He can do nothing without God’s permission, and God’s permission involves limitations on him. God remains aware of what His people are experiencing in connection with Satan’s activity.

I love Spurgeon’s summary of this section, where he says…

As good as Job was at the beginning of the book, he will be a better man at the end of it.  He was better in character, humbler, and more blessed than before.

“Foolish devil! He is piling up a pedestal on which God will set his servant Job, that he may he looked upon with wonder by all ages. . . Oh! how many saints have been comforted in their distress by this history of patience!  How many have been saved out of the jaw of the lion, and from the paw of the bear by the dark experiences of the patriarch of Uz.

Enter Job’s “comforters” (vv. 11-13).  They were a good small group in these ways–they came to Job (apparently quite a distance), they sympathized (covered their heads with dust) and did not speak for seven days.

But on the other hand, these men will mercilessly attack Job’s character, and he will suffer more from their tongues than any attack of his foes.  But for now they are helpful.

The prologue (chs. 1—2) sets the stage for what follows by informing us, the readers, that Job’s suffering was not due to his sins. None of the characters in the story knew this fact except God and Satan. We also see the heavenly dimension and the spiritual warfare taking place—that were also unknown to the human characters in this drama.

Mark 6 begins with Jesus’ rejection at Nazareth.  Although the people are “amazed” (v. 2) at His teaching, they cannot accept the idea that He could be the Messiah (v. 3).  So Jesus could not do many miracles there (v. 5) and was “amazed” at their unbelief (v. 6).

Jesus then sends out His disciples on a mission trip (vv. 6b-13).  This shows that Jesus did not merely teach His disciples in a classroom setting, filling notebooks with principles and concepts, but in real-life situations.  This was “on-the-job training,” which involved going out and doing what they had seen Jesus do, then being debriefed.

John the Baptist was beheaded (vv. 14-29) and when the disciples returned from their mission trip (v. 30), Jesus wanted to get away for awhile by themselves (v. 31).  But, people found them and followed them, and out of a heart of compassion Jesus taught them (v. 34) throughout the day.

Late in the day they needed to eat.  The disciples thought to send them away, but Jesus challenged them to feed them (vv. 36-37).  Of course, they looked only at their own resources and believed it was impossible (v. 37b).  They found “five loaves and two fish,” hardly enough for a small family.

Why did Mark mention the “green grass” in v. 39?  Possibly to call attention to the fact that this Man who had compassion on people who had no shepherd had come to be their Shepherd and lead them to “lie down in green pastures” (Psalm 23:2).

Well, when Jesus blessed this small meal, it became more than enough to feed 5,000 men (probably up to about 20,000 total people) and with twelve baskets left over, just to remind the disciples that Jesus was able to take what little we have and make it more than enough.

When the disciples go out on the boat, a storm came up and they were in serious trouble.  So Jesus came walking to them on the water and calmed the storm, simply by his presence (v. 51).

“They were totally amazed, 52 for they still didn’t understand the significance of the miracle of the loaves. Their hearts were too hard to take it in.”

Romans 6 continues Paul’s discussion of sanctification.  Why should we no longer continue in sin?  Not because we might lose our salvation, but because our relation to sin has fundamentally changed.  We died to sin.  United to Christ by faith, we died with Him, were buried with Him and rose with Him.

That is what we are to know (vv. 6, 9) and now we are to reckon upon that reality and “present yourselves to God as those who have been brought from death to life, and your members to God as instruments for righteousness” (v. 13).

Now we have a new master.  Once we were slaves to sin, now we are freed from sin.  But we are not freed from sin to be our own master, but to obey righteousness.  Although we are no longer slaves to sin, no longer imprisoned by it, we can still listen to the voice of temptation.  Instead “present your members as slaves to righteousness leading to sanctification” (v. 19).  There are no benefits to sin in this passage.

Paul brought his thoughts on this subject to a summary conclusion in verse 23.  The principle stated here is applicable to both believers and unbelievers.  It contrasts the masters, sin and God, with the outcomes, death and eternal life.

Paul also distinguished the means whereby death and life come to people.  Death is the wage a person earns by his or her working, but eternal life is a gift free to those who rely on the work of Another.