Genesis 18 is Abraham’s prayer for the inhabitants of Sodom and Gomorrah, or more particularly (as God understood his heart) for Lot and his family.  It begins with a visit from three “men,” the LORD (a Christophany, or appearance of Christ before His incarnation) and two other angels (Genesis 19:1).

Notice how Abraham greets and treats his guests.  First, he noticed them coming.  He wasn’t preoccupied with himself.  Second, he ran to meet them.  He didn’t wait for them to come inside.  Third, he bowed down, showing respect.  Then he served them, washing their feet and offering rest and refreshment.  He prepared the best and served it quickly (18:6-7), then watched them eat (18:8).  I think these are some great guidelines for those involved in greeting ministries in churches.

The LORD took the opportunity to tell Abraham that he would have a son “this time next year.”  Sarah laughed at the thought that she, old and worn out as she was, could have a child.  God scolded her, saying that His promise was good.  The issue was not Sarah’s ability to have a child, but God’s ability to give one.

Because of God’s covenant with Abraham (Genesis 18:17-19), the LORD revealed to Abraham his intended judgment upon Sodom and Gomorrah.  Their “sin was very grave” (Genesis 18:20).  Abraham’s intercession begins in verse 23, gradually “bargaining” with God to save the city if even ten righteous persons were found there.  I imagine that Abraham felt pretty safe stopping at ten, thinking that Lot and his family and even a couple more people could be found righteous.  But that was not the case.  God knew Abraham’s heart, however, and Genesis 19 will show God answering Abraham’s prayer even though he didn’t pray it that way–Lot and his daughters will be saved.

In the midst of his prayers Abraham said this about God’s justice:

In Abraham’s mind, punishing the righteous with the wicked was unthinkable, and he imagined it was something a just God couldn’t do.  In fact, the Judge of all the earth always does what it just, by nature, by definition of who He is.

God does not conform to a law outside of Himself.  He makes the laws because He is just.  Does that mean that God is arbitrary, making laws that suit him?  No, they arise out of His character, which is always just and right.

Matthew 17 begins with the transfiguration of Jesus.  It happened on a high mountain.  Some believe it was Mount Tabor, others Mount Hermon.  I’m going with Mount Hermon since Jesus was at the foot of it in Caesarea Philippi in Matthew 16. 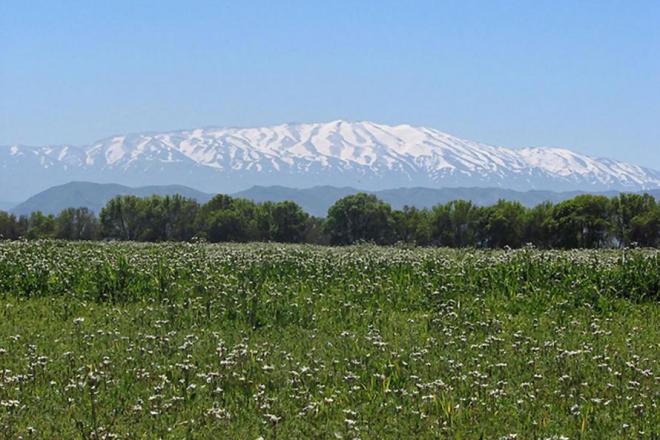 Jesus appeared before them in (still veiled) glory, Moses and Elijah were there (talking about Jesus’ departure (Luke 9:31).  Peter wanted to build tents for them all but God spoke from heaven, again affirming Jesus and his ministry, “This is my beloved Son, with whom I am well pleased; listen to him.”  In other words, as great as Moses and Elijah were (and still highly revered by Jews at that time), my Son is greater.

8 And when they lifted up their eyes, they saw no one but Jesus only.

Oh, that that was our only vision–to see Jesus Christ above the crowds, above the distractions, above the noise, above the praise and achievements, above the world!  Above the law and prophets!

When Jesus and his inner circle descended to the valley, they were faced with a man with an epileptic son who had a demon that could not be case out by Jesus’ disciples.  Jesus confronts the disciples with their lack of faith.  It really only takes a little faith in an Almighty God.

“Moving a mountain” may have come from Herod’s attempt to build himself a palace at Herodium.  It was a man-made “mountain” just north of Jerusalem.

Herodium from the north.  Photo by Ferrell Jenkins.

With the wall finished, Nehemiah established guards (Nehemiah 7:1-3) and priests and singers, then enrolled the people by genealogy to try to repopulate Jerusalem (7:5-73).

Paul’s normal practice is to first go to the synagogues and “reason” (debate) with the Jews from the Scriptures (17:2).  He does this until Jews reject him, then he turns to the Gentiles.  Success with the Gentiles leads to trouble and Paul will have to move on.  Paul spends little time in Amphipolis and Apollonia likely because there were no synagogues in these towns.  A day’s journey of 35 miles on the Via Egnatia would take them to Thessalonica.

Here is a picture looking out from the modern city of Thessaloniki to the Aegean Sea. 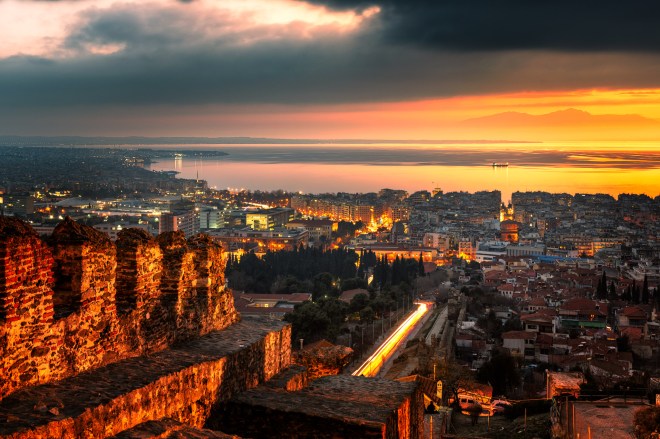 11 Now these Jews were more noble than those in Thessalonica; they received the word with all eagerness, examining the Scriptures daily to see if these things were so.

I eagerly desire my congregation not only to receive my preaching “with all eagerness” but then to “test it” by examining the Scriptures to see if what I say lines up with Scripture.  If Paul delighted in it, then so do I.

In Athens, Paul reasoned with Gentile “philosophers” of the day.  Paul didn’t use the Scriptures so much, like he did with the Jews, but first made a point of contact, your altar “to the unknown God” (17:23).  He identifies this “unknown” God as the creator and giver of life (17:24), who needs nothing or no one but gives life to all (17:25).

Verses 26-27, for me, help me understand how we can answer the question, “Well, what about those who have never heard the gospel?”

26 And he made from one man every nation of mankind to live on all the face of the earth, having determined allotted periods and the boundaries of their dwelling place, 27 that they should seek God, in the hope that they might feel their way toward him and find him. Yet he is actually not far from each one of us,

God has determined to place those who would seek and find God in the eras and countries where a gospel presence would be found.  By the way, this same Paul said, “No one seeks God” (Romans 3:10).  So which is it?  I would answer that no one seeks God purely on their own, without any outside influences.  But that once the Spirit begins to woo and convict us of our sins, we begin to seek, maybe first we seek truth, or peace, or forgiveness, but then God will bring a gospel preacher to help us find those things in Jesus Christ.

Another part of that issue is that no innocent person is ever sent to hell, because there are no innocent people.  We are all guilty of “cosmic treason” (R. C. Sproul) and “love the darkness” naturally.  All have sinned and fall (far) short of the glory of God.

Continuing on in Acts 17, Paul next quotes some of their very own poets, using them to show that God brings life and therefore holds us accountable.

30 The times of ignorance God overlooked, but now he commands all people everywhere to repent, 31 because he has fixed a day on which he will judge the world in righteousness by a man whom he has appointed; and of this he has given assurance to all by raising him from the dead.”

Here is another passage of the judge of the world doing “right.”  Now is the time for repentance because there will come a day of judgment.  It is “fixed” and certain.  And we know it will happen because that judge has been raised from the dead.

The resurrection of Jesus tripped up some, but others believed.