The famine being severe, Jacob’s family needed to return to Egypt for food.  However, Jacob did not want to loose Benjamin like he had lost Joseph.  Judah promised to be surety for Benjamin.  Jacob relented, sending a gift to (Joseph) and double the money, to pay for the last supply of food as well as this one.

Jacob didn’t pray about it, but at least blessed Judah and his brothers…

14 May God Almighty grant you mercy before the man, and may he send back your other brother and Benjamin. And as for me, if I am bereaved of my children, I am bereaved.”

When they arrived, Joseph prepared a meal for them.  The brothers were already afraid (v. 18) about the money that had been left in their sacks (as if they had stolen it).  The servant pronounces another blessing…

23 He replied, “Peace to you, do not be afraid.  Your God and the God of your father has put treasure in your sacks for you.  I received your money.”  Then he brought Simeon out to them.

What strange things are happening!  After asking about the welfare of his father and seeing his brother Benjamin, Joseph had to rush out…

30 Then Joseph hurried out, for his compassion grew warm for his brother, and he sought a place to weep.  And he entered his chamber and wept there.

The table arrangement, from oldest to youngest, amazed them (v. 33).  Statistically, the odds of placing 11 brothers in their precise order of birth would be something like 1 in 40 million.

Benjamin’s portions were five times the amount of the others, which could have led to jealousy (as Jacob’s favoritism of Joseph led to jealousy), but instead they “drank and were merry with him” (v. 34).

David Guzik explained why Joseph and his brothers ate separately–because the Egyptians were highly racist, believing they were descendants of the gods.  This was the sovereign purpose of God in the famine–to bring the family of Jacob to Egypt, where they would be separated from the Egyptians, rather than in Canaan, where they were being assimilated into the Canaanite culture (and religion).

In Job 9 Job responds to Bildad’s accusations.  As an all-powerful God, Job cannot make a defense against Him, even if he is right.

14 How then can I answer him, choosing my words with him?  15 Though I am in the right, I cannot answer him; I must appeal for mercy to my accuser.

20 Though I am in the right, my own mouth would condemn me; though I am blameless, he would prove me perverse.  21 I am blameless; I regard not myself; I loathe my life.

In other words, I cannot defend myself, even though I have done nothing.  It is hopeless.

Job 9:20 says that if a man justifies himself, his own mouth will condemn him. Romans 8:33-34 tells us that if God justifies a man, then none can condemn him.

Is Job saying that God is unjust in His dealings with man?  Remember that Job did not know all that had gone on “behind the scenes” in Job 1-2.

24 The earth is given into the hand of the wicked; he covers the faces of its judges– if it is not he, who then is it?

“Job saw God’s power as if it were amoral, a sovereign freedom, an uncontrollable power that works mysteriously to do whatever he wills so that no one can stop him and ask, ‘What are you doing?'” (Smick)

Not only did God seem to be against him, but his friends as well.

28 I still dread all my sufferings, for I know you will not hold me innocent.

Romans 13 begins with our obligation towards government (vv. 1-7).  Since governments have authority from God, we are bound to obey them — unless, of course, they order us to do something in contradiction to God’s law. Then, we are commanded to obey God before man (as in Acts 4:19). 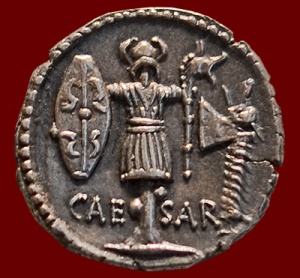 7 Give to everyone what you owe them: If you owe taxes, pay taxes; if revenue, then revenue; if respect, then respect; if honor, then honor.

Vv. 8-10 tell us about our real debt–the debt to love one another.  I’ve been reading Alan Jacob’s book How to Think and he mentions how vitriolic statements can be on twitter and other social media, because we do not see others as neighbors, just people.

Romans 13 ends with these verses

The first two verses tell us the urgency and verses 13-14 deliver the ultimatum–behave properly by putting on the Lord Jesus Christ and making NO provision for the flesh.

In the summer of 386, a young man wept in the backyard of a friend.  He knew that his life of sin and rebellion against God was killing him, leaving him empty; but he just couldn’t find the strength to make a final, real decision for Jesus Christ.  As he sat, he heard some children playing a game and they called out to each other these words: “Take up and read!  Take up and read!”  Thinking God had a message to him through the words of the children, he picked up a scroll laying nearby opened it and began to read:  not in reveling and drunkenness, not in debauchery and licentiousness, not in quarreling and jealousy.  But put on the Lord Jesus Christ and make no provision for the flesh, to gratify its desires (Romans 13:13b-14).  He didn’t read any further; he didn’t have to.  Through the power of God’s word, Augustine had the faith to entrust his whole life to Jesus Christ at that moment.